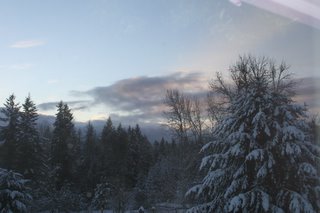 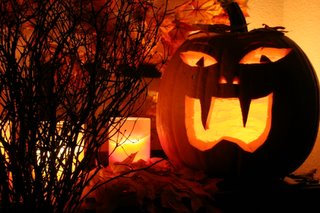 The sky is turning ash grey and orange at twilight. The frosts have deepened and outside: all is still. The trees are almost bare, the last of their leaves rattle in the wind like a skeleton’s bones. The air is so crisp that when you take a breath, it’s like biting into an apple, an introduction to the chill of winter.

Halloween as the beginning of winter makes far more seasonal sense than the end of December when winter is almost half over. I see our blind allegiance to the present (fairly meaningless) traditional naming of the seasons as another symptom of a lost sense of rhythm with the earth. Yet, if we follow this seasonal thread to its logical conclusion we will see why All Hallows Eve is not only the first day of winter but also why it became spooky to so many.

Halloween is a time fraught with many varieties of vertigo.

The autumn colors are no doubt, beautiful, but they also mean death. We are all but surrounded by the falling leaves, dying plants and dead insects. The sun is not spending very much time with us either and what little there is of it is slanted and low. The outside world is folding it in for a very long night. Sometimes we may wonder: how did we get so lucky to live through it? There was a time when that was in doubt.

Long ago when we made a more direct living from the land, the spring and summer months were times of ease, food was abundant and hunting was a leisurely affair. Then October swung around. As the weather grew colder the harvest became more frenzied. Soon the snow would fall. Everything possible had to be picked preserved without the help of freezer or refrigerator.

There would be no stopping by the grocery store to stock up, what we grew and gathered and preserved was all we had to see us through a very serious time of lack. In addition to the seeming death of the natural world, this was also the time of year when we slaughtered most of our livestock. It was necessary, we needed the extra food and there was no way we could support feeding a lot of animals through a time we could barely sustain ourselves. The pigs or sheep set aside were only breeding pairs to begin again next spring. As we watched the herd dwindling down we must have agonized: how many must die? Did I keep the right cows? How we must have felt looking at the larder, rows of jars, salted meat, baskets of apples or cabbages. What will the winter be like? Do we have enough supplies to survive? We were nervous or even scared. With the future so unpredictable, we sought answers, so we consulted oracles: cards, fire coals, or even apple peelings to help plan our next move.

By October 31st all the preparations were over. To signify the end of the harvest many cultures have legends like the Pooka: a mean spirited Irish entity that traveled across the countryside on Halloween night to claim any crops left out as his own. There was to be no more gathering, winter was upon them.

So through the dark doorway of wintertime we pass, uncertainty our guide. It is natural that we now spend time contemplating our own mortality and that age old question: Where do we go when we die? We call it the “other” side and it is said the veil between our world and the other is the thinnest at Halloween. For all our progress in other intellectual pursuits, real knowledge of the spiritual realm still eludes us.
We have not found a way to study and understand something that is in this world but not of it.
Yet, some where deep in our DNA we remember where we were before we got here and may long to connect with that which lies beyond before we die. At the same time, we worry that if we really understood the spiritual realm, how would we cope with such a potentially radically different concept of life? One based on spiritual energies instead of physical form? To make the journey we will have to let go of the familiar and once very necessary. When faced with an unknown quantity such as this, it is easy let our imaginations conjure up devils and hobgoblins, but they are only the skewed physical representations of what is out there and perhaps after us: our own discomfort around any changes we know we must face.

We still carry quite a lot of antique and ancestral unease about Halloween and all it represents. It is logical to associate it with death, and death’s symbols: skeletons, ghosts and zombies. Then there are the animals. Animals that historically were said to be connected to the soul and the soul’s crossing over: Cats, bats and owls. The devil and the hag witch symbol came in with Christianity, an attempt by some church leaders to give warning to all those heathens (people living on the Heath or in the country who had not yet joined their club) that they were in danger of losing their immortal soul. But, we see monsters where we want to see them.

At this time of year we get restless with an outdated and therefore frustrating need to do something, but there is no need now to work harder at this time of year for our preservation. We eat more, blaming it on the colder temperatures and the need for extra fuel. (We’ll store up one way or another). We light Jack ‘O’ lanterns to ward off evil, (our fear of the unknown) and then we spend the night appeasing the masked ones from the other side by dropping candy bars in their bag, so they will leave us in peace and pass by.

Halloween’s many oddities have evolved from the years we spent grappling with our own demons of the past. It now calls us to rise to the challenge of change. To let go of our fears and trust in a power that is both larger then us and intimate to us. Embrace the unknown and have a Happy Halloween.